You are here: Home / Podcast / Food Addiction: Fact or Fiction 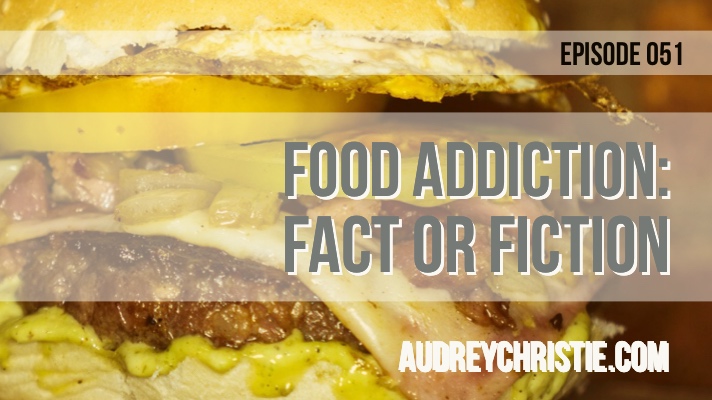 In this episode, you will learn if food addiction is really a "thing" and the truth behind this diet culture topic:

Want to listen later?
Pin it or subscribe on iTunes and rate us too!)

Resources mentioned in this episode:

If you need one-on-one help, please click here to select an appointment option.

Is Food Addiction an actual thing?

Have you heard of experts telling people they are addicted to food? It’s actually kind of a scary thing when they phrase it that way, because, well, ya know, you have to food to live. So when we phrase it as an “addiction” it can lead to really disordered eating patterns because in our culture we equate addiction to things like alcohol and drugs and tobacco.

So if we examine the word addiction, it’s defined as “physically and mentally dependent on a particular substance, and unable to stop taking it without incurring adverse effects” given that definition, don’t you think we are all food addicts? Hell, that means my cat is a food addict too, right?

The thing is, we are all physically dependent on food, what the caveat is, and where a lot of disordered eating, that gets classified in some realms as “addicted” comes into play is with the emotional dependency.

What does science say about food addiction? How did we get here?

You may be wondering, if calling disordered eating a “food addiction” isn’t what we need to be doing, how did it get started...Public health concerns about the escalating obesity “epidemic” and its health “consequences,” coupled with a growing understanding of the features of addiction across its myriad forms, prompted some in the science and medical communities to explore the possibility that certain eating behaviors might best be explained through the lens of addiction. Researchers are curious about the food addiction possibility because the brain region (and neurochemicals, like dopamine) involved with substance abuse, are also implicated in overeating.

The problem is, for the most part, research has been done through the tainted lens of diet culture. However, there are many reasons, other than addiction, that can explain the rewarding aspect of eating.

When it comes to food, what looks like an addiction is actually a lack of tools, we find that food is used as a tool to deal with emotions, good or bad ones, and as a distraction, making it outwardly look (especially through the lens of diet culture) like an addiction. It's actually a lack of tools. The solution for this in our diet culture-ridden world is to deprive ourselves of a certain food, or broadly of calories in general, and when that doesn’t work, we then have the guilt of failure which leads back to using food (or any other substance) as a tool to feel better or avoid the emotional baggage.

There are actually many explanations that don’t involve food as an addictive substance that can explain why dopamine is triggered in the human body. Dopamine is a neurotransmitter, which is a chemical released by neurons (nerve cells) to send signals to other nerve cells. The brain includes several distinct dopamine pathways, one of which plays a major role in the motivational component of reward-motivated behavior.

Thinking of that same brain-reward system, one of the reasons dopamine is triggered in the body it that it helps with human survival. Dopamine, which triggers both a pleasurable feeling and motivation behavior, is released when you engage in activities necessary to survival like eating and ehem, making babies, and this triggers a rewarding-feel-good experience.

Another reason dopamine is triggered when eating relates to the reward for fulfilling hunger. If you are eating because you are physically hungry, that hunger by itself increases or enhances the biochemical reward value of food, in which more dopamine is triggered. For example, you might find yourself suddenly interested and motivated to find some recipes and cook a meal, once your mind discovers your body is hungry. Restricting by dieting, which can be a form of chronic hunger, also has this effect, because you are creating the dopamine effect by being hungry and then fulfilling it, thus creating the dopamine hit.

Dopamine can also be triggered by Pavlovian Conditioning. You may or may not be familiar with the classic study in which Pavlov’s dog's mouths watered from the ringing of a bell associated in their mind, with a delicious treat. That response is simple conditioning, and conditioning can be caused by many things, including diet-culture inundation.

And perhaps most interesting, and damaging to the food addiction theory is the fact that other pleasurable things light up dopamine brain centers...like music. A 2011 study shows that when people listen to music, it lights up the same region of the brain as the euphoric effect of psychostimulant drugs. Over time, the anticipation of hearing some great tunes will light up the dopamine centers in the brain. Do you think there is a case for music addiction? Probably not.

The list goes on and on, the bottom line is that thus far, food addiction studies are limited at best, if not completely flawed. The overall body of research is too early to draw conclusions, most of the studies have been done on animals to date, which is helpful, BUT we know doesn’t always transfer to humans.

Energetically, when you are considering the difference between unbalanced or even disordered eating or the notion of food addiction, the energy in itself is just different. The energy of addiction and substance abuse stems from unhappiness and stress, and while you can use food as a coping mechanism for those feelings, you have to also have it to live, so it muddies the waters considerably.

So if it’s not food addiction, then what is it?

Well, that is up for debate, but what I believe this indicates, and several of my colleagues are in agreement, is that through pavlovian style conditioning in diet culture, we have established a restriction and reward pattern, our brains reward us for the restriction cycle that dieting perpetuates. If I’m not addicted to food, then why can’t I lose weight?

Honestly, it stems from a societal norm that says that if you have fat on your body or that you are in a larger body you are fundamentally less valuable. Often this is wrapped up in healthism statements like, “I’m just worried about your health. You can’t be healthy in a larger body.”

Think about the first time that you started dieting, or recognizing that other people in your life were dieting. I was around 8 or 10 years old. That is a long time to be inundated with diet culture so much so that even when you actively practice and teach others how not to fall prey to it, you still sometimes catch yourself doing something diet culture driven.

How do I overcome diet-culture mentality?

In my Body Wisdom Method there are 10 steps to becoming an intuitive eater and kicking diet culture to the curb and in the mini-course - Eating with Intention, we cover in depth, one-on-one the first 3 steps. I have found that through teaching Body Wisdom over and over, people seem to really get stuck and stall in those first few steps, thus, Eating with Intention was born.

While we can’t possibly cover the full course in this episode, I do want to touch on the first and second steps, some people find they can jump right in and do these steps alone and some need more support, and that's okay too, I know it's scary, I have been there and done this.

The first and second steps are generally the toughest to grasp, but also the most life-changing.

First, we are going to come right out of the gate and fully reject diet mentality. This one is as freeing as bra burning must have been in the 60s and 70s...you are going to simply clear out all of the physical proof that you have been a victim of diet culture. This is the step where you allow yourself to have all the feels, even angry ones at the lies that you have been fed.

Throw out the diet books, magazine articles, unfollow all those social media accounts that offer you false hope of losing weight fast, losing weight easily, and/or even claiming to help you lose weight permanently. Allow yourself to get mad at all of the lies that have led you to feel like you were a failure every time the newest fad diet stopped working for you and you gained back the weight and some.

It’s really important to fully step into this step, if you are holding on to the slightest sliver of hope that a better diet is right around the corner, you won’t be able to integrate and return to your body's innate biological wisdom.

The second step, after you have a bonfire with all the books and lies you have been fed, is to embrace your body’s cues and signals, and keep your body fed. This is as simple as eating when your hungry and stopping when you are satisfied, and not letting hunger get too far out of control. When hunger is excessive (like after you have been restricting) your super smart human suit triggers a survival mode, a primal drive to overeat.

It’s key to keep your body fed, and tune into your cues because once you reach the moment of excessive hunger, this primal drive will override all intentions of conscious eating. Learning to honor this first biological signal of hunger sets the stage for the remaining 8 steps and re-building trust with yourself and food.

As I mentioned, sometimes this information is enough to kick into high gear and move forward into your journey of returning to your innate intuitive eating habits, if you would like more support, I have a number of programs that can help, I encourage you to schedule a complimentary 15 min call with me to see if the Eating with Intention program might be right for you.

Anytime we are doing deep habit shattering work like this, I always like to include a holistic and energetic view. It’s important to be in touch with your inner cues and there are a few tools that can help you do this. 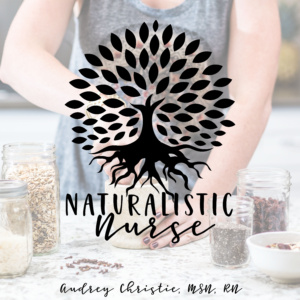 Starting in December of 2007 the FTC requires people like me that are producing content online to disclose any hidden interests. To ensure that my information doesn't get jumbled up with nonsense, I don't disclose each and every link and line. So, in that regard, for everything I mention, assume that I received gifts in the form of money, kittens, puppies, and unicorns. Lots of unicorns.

Also, I am not your doctor and I don't play one on the internet. Ultimately you are responsible for your own wellness. And by hanging out with me on my blog, you agree to that. xoxo

Want some always useful and sometimes hilarious shizzle from me?