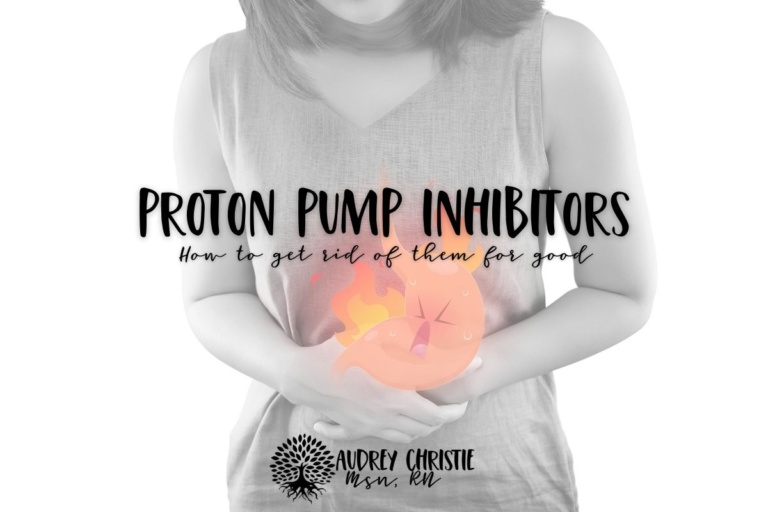 Say HI and join the conversation on social:

Wondering if Functional and Integrative Help is right for you and your condition? Schedule a free case review here.

Maybe antacids are your solution of choice?

Did you know that you cannot take those things long-term without MAJOR consequences?

If that is a surprise for you, I will do you one better… you were likely to have been misdiagnosed when you were placed on those meds to begin with. Yep.

In this episode, I am covering:

Tune in to this week's episode on your favorite podcast provider!

Appropriate indications for PPI use include Helicobacter pylori infection, erosive esophagitis, gastric ulcers, and stress ulcer prevention in high-risk critically ill patients. Unfortunately, PPIs are often used off-label for extended periods of time. They aren’t for heartburn or even the more serious forms of heartburn GERD.

The drugs are crazy profitable for drug companies with people in the US spending about $13 billion a year on acid-stopping medications like Nexium, Prilosec, and the like.

It’s really impossible to estimate how many people suffer from reflux or GERDS because there are prescription and over-the-counter medications for it. And although we are talking about why you shouldn’t be taking these drugs I do want you to know that reflux is serious. It hurts, yes but it also has real consequences - scarring, constriction, ulceration, and even esophageal cancer plus IBS and other digestive issues.

Daily Use of Proton Pump Inhibitors or Antacids

Did you know that the daily use of an antacid or proton pump inhibitor frequently shows up as a root cause of disease? And yet, I meet people every day that have used either over-the-counter or prescription Antacids and PPIs for decades. Courtesy of the marketing that is used for these medications, marketing to both physicians and the public, it's widely believed that acid reflux is caused by too much stomach acid. That is simply false - there isn’t an iota of truth to it.

Numerous studies have shown without a shadow of a doubt that GERD isn’t too much stomach acid. In fact, it is exactly the opposite.

People tend to use these particular drugs like wet naps right? It goes something like, “I’m having this super delish and rich BBQ, let me grab a wet nap and a TUMS because I know I am gonna be messy and I know I’m going to have heartburn.” It’s baked into our thinking and our habits. We think we have to take this little med to stop the feedback that our body isn’t enjoying the food that we are. It’s our body saying - “hey something is not right!”

And while when those symptoms are masked and ignored, the body is prevented from thriving and is set up for a more intense and serious problem.

Look I’m not denying that the symptoms and of GERD or heartburn are caused by stomach acid refluxing up into the eosphagus nor am I arguing that taking these medications doesn’t relieve the symptoms that you may be experiencing. But it makes the cause of the condition worse which lands you needing the prescription or over the counter medication for your whole life. Pretty neat strategy for the drug companies huh? (If you didn’t know - cures aren’t profitable!)

The way TUMS and proton pump inhibitors work is not complicated at all. Proton pump inhibitors work by a very simple mechanism that stops the stomach's acid pumps from producing more acid. Antacids reduce the effect of the acid - both make the contents of the gastric cavity less acidic, higher pH. So when it bubbles up into the esophagus, it doesn't hurt as much if at all.

In a more alkaline environment, the digestive enzyme Pepsin found in the stomach cannot have as erosive of an effect on the lower esophageal sphincter and in the esophagus itself.

The problem is that when we neutralize or lower the stomach acid, you are completing hosing your digestion and still not treating the root cause.

Our human suits were designed to have nice, strongly acidic gastric juices because it's necessary to completely digest our food into critical amino acids that we need to run our body. With the ongoing use of proton pump inhibitors, antacids, and the like, you become vulnerable to many different deficiencies. Things like essential amino acids, obviously because I just described it, but also key minerals, because those minerals are linked to various amino acids found in the food.

Also, commonly with extended use of these medications either over the counter or prescribed, you will develop a deficiency of vitamin B-12. Good strong stomach acid triggers a series of reactions that allows B12 to be absorbed. Without the stomach acid, we cannot absorb the B12, and then the host of energy and fatigue that follows along with even more troubles.

And because the immune function is affected in all of these issues, In particular, ongoing PPI and/or antacid use leads us to low levels of magnesium zinc, which impacts insulin resistance, leading to diabetes and ultimately heart disease (even if you don’t make a diabetes pit stop before you get there).

This is a really great example of sometimes you may be eating a nutrient-rich diet, but if you don't appropriately digest and absorb and convert and get those nutrients past the cell membrane, It doesn't really matter what you ate.

PPIs and antacids are more great examples of where a short-term medication designed to let the stomach heal briefly is used long-term off-label and has big consequences.

So what actually causes reflux?

Two things: low stomach acid and Intra-Abdominal Pressure (or IAP), both of which have their roots in gut dysfunction.

WHAT? Low stomach acid is my problem? Yep. The opposite of what you are being sold here. And it's not hard to find the literature to prove it.

Let’s just think about one little aspect of this - we know that stomach acid declines as we age. It’s said that after about 40, you really oughta be taking digestive enzymes with your meals for that very reason.

We also know that the prescription of these acid alkalizing and acid-blocking medications increases with age.
If it were a too much acid problem - wouldn’t every teen in the world need these drugs? Not adults and elderly?

Just because these drugs are available over the counter doesn’t mean they are safe for long-term use.

Just last week, I shared a case study, very poorly, by the way, about getting another client off of their PPIs - and my IG inbox was FLOODED with messages about this - how do I get off my PPIs?

So here is what I came up with - I am going to do a little class for you - free to attend - replay cost $25 - about the same as a copay and tell you exactly how to get off your PPIs/antacids for good. Are you in? Here’s the link to register: How to Get off Your PPIs and Antacids for Good

To wrap this up - Proton Pump Inhibitors + Antacids are a dangerous trap for your health, and I see them as a cause of many downstream effects. If you or your loved one is using these meds - join me to learn exactly how to stop using proton pump inhibitors for good.

Remember that I am always rooting for you, friend and I am so grateful for you listening! See you next time! 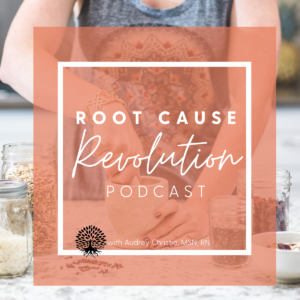